skip to main | skip to sidebar

its a right small world

"Sid? Is it really you?" Tony couldn't make out the cell number, but somehow Sid had found him and his voice sounded so faint.

"You know, I found Maxxie, right?" Well, of course, Sid didn't. He had to fill him in. Robby wasn't home yet so he had to make it quick. "Its just Max is stuck with this little man, Darby. Now." He listened to Sid go on about Cassie, how she was in a drug induced coma at the moment. "NO..I didn't meant dwarf or midget. He's short, you know. Shit, a fucking short punk that thinks he can act, that's all." How in the world could he get his mate to shut up about an old lover, thought Tony.

Tony winced hard. Sid fucked Cassie, hadn't he? Maybe he didn't. Just didn't see what all this talk was about.

"Don't you want to know about me?" Tony asked. There went Sid again about being in New York, being some script writer's assistant on a soap opera. "I'm seeing this Robby now." No, he hadn't seen Michelle, in ages. Didn't rightly care what became of her, actually. But he wouldn't tell Sid this. He might take a hankering for her again, and well, Tony couldn't have that. After all, it was Maxxie he still cared about. It was just hard to get the mate alone.

"Seriously, hasn't that Cassie put you through enough?" Tony shouted in to the phone. Just then, Robby popped in with his crisps and some ale for later.

"What about Cassie?" Robby asked, all concerned.

"You don't know her," Tony scowled as he told Robby it was an old mate of his from school was on the cell.

"Maybe I do." Robby pressed. "I have cousin. She's in New York, in the fashion world."

Tony just stared at Robby. Really, that did sound like the Cassie he knew. "She over dose much?"

"Yeah, rehab is practically her middle name." Robby shrugged. Tony sighed and handed over his cell, so Robby could asked Sid a few questions.
Posted by Holly at 1:30 PM 7 comments:

Naomi set there bewildered listening to the doctor. This was much worse than anyone imagined about Cassie.

"No, It couldn't be brain damage, tell me its not!" She didn't know what to do. It was freaking mad to think of the consequences.

She had papers to jot down, all of Cassie's kin. Really, she knew none of them. She hadn't a clue how to contact anyone. She strolled through Cassie's contacts on her cell. This Sid number kept coming back. Who in the fuck was he?

Finally Naomi gave him a call. It felt the right thing to do and really, she felt so totally numb at the moment, it might have been an accident that she called him.

"Hullo." Someone said after the third ring.

"Is this Sid?" She said ever so nervously.

"Yeah, Cass, are you not right in your mind? I've been sending you messages forever, it seems." The bloke was Brit, but it was hard for Naomi to decide if she were calling overseas or here.

"I'm not Cassie." Naomi said very slowly. "This is a friend of hers, I'm her roomie in New York City." She told him.

Naomi smiled out of relief that there was someone out there who could help her with Cassie. Honestly, she didn't know if she were going or coming with this Cassie situation. "She's been in an accident."
Posted by Holly at 9:59 AM 5 comments:

A Skins fan fiction from the 3rd season. Starring, Effy & Freddie, Cook & JJ, Emily & Niomi with Thomas, Pandora & Katie. But who knows who might show up......

And yeah, I know they killed off Freddie. Honestly, I wasn't so pleased with this past season. For various reasons.

Tony's roommate from the Uni 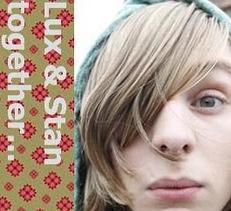 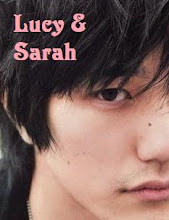